77 Vues
admin
New season. New bike.
Team Sky will race on the new Pinarello Dogma F10 in 2017 as the successful partnership between the team and Italian company enters its eighth year.

Lighter, stiffer and more aerodynamic than the F8, the new bike will be phased in across the 2017 campaign and will sport a striking new design, utilising elements of the data pattern to match the team’s new Castelli kit.

It follows in the footsteps of the DOGMA 60.1, DOGMA 2, DOGMA 65.1, DOGMA F8, DOGMA K8-S and DOGMA F8 Xlight - all of which have powered Team Sky to major success, including all four of Team Sky’s Tour de France victories.

The F10 frame weighs 6.3% less than the F8 and is 7% stiffer, while the geometry remains the same - achieving all three major goals that Pinarello set out at the start of the development process. 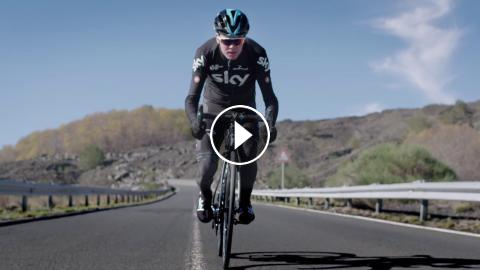 New season. New bike.Team Sky will race on the new Pinarello Dogma F10 in 2017 as the successful partnership between the team and Italian company ente...