ava
This is story of two sisters a beautiful Phoolwa (Sapna) and dangerous Durga (Durgesh Nandani ) both differs in their principles Durga has become like a father who wants to conquer the world and Phoolwa like a mother wants to entertain people. Phoolwa like a mother wants to entertainment people. Phoolwa with a friend Totla (Shiva) lives in village very happily doing Nautanki and Durga with Chacha Karan Singh (Adi Irani) and his son Bachchan Singh (Guru Bachchan) stay in Jungle in her Den. Durga's terror reaches to Police Commissioner in the City. Police Commissioner sends Inspector Arjun Singh who is very honest and brave in the village Raj Garh. When Arjun Singh comes village he comes to know that B.P. Lotta works for Durga and Thakur Durjan Singh (Mohan Joshi) with his son Prithvi (Prithvi) and nephew (Ali Khan, Ankush Mohite, Rahullah Khan & Vinod Tripathi) sells young and innocent girls to the pimps of the city. Inspector Arjun Singh warns Thakur Durjan Singh to stop crime otherwise will be put behind bars. But Durjan Singh doesn't obey.
Arjun Singh meets Phoolwa and the meetings turn in love but when Arjun Singh comes to know that Phoolwa is Daku Durga's sister. He rejects her. Phoolwa feels Durga is responsible for this rejection. When Durga comes to know about this she surrenders herself to the law and then Phoolwa marries Arjun Singh.
Even after warning Durjan Singh, Arjun Singh knows about the crimes still being gun by Durjan Singh and his nephew, he objects. Thakur kidnaps Phoolwa. When Arjun goes to save Phoolwa , Thakur Durjan Singh, Prithvi, Ins. B. P. Lotta, Nahar Singh, Quahar Singh kills him brutally and tries to rape Phoolwa but she escapes and a crucial point Chacha Karan Singh saves her. Chacha forces her to take the weapon and convince her to take revenge.
In the city prison Durga comes to know about Phoolwa that she has become Daku. So Durga escapes from prison with the help of deadest militant Balbir (Hemant Birje) to find Phoolwa and convience her to leave weapons but Phoolwa doesn't listens to her and keeps on killing the Thakur family members one by one. Once Bachchan Singh rapes a village girl and kills husband so Phoolwa and Chacha Karan Singh kicks him out of their group. After that Bachchan Singh gets in Thakur's group and altogether kills Durga's fiancé Balbir.
Durga lifts weapons again to take her revenge against Thakur Durjan Singh now both Durga and Phoolwa together kill Thakur Durgan singh brutally and Chacha Karan Singh kill his son Bachchan singh as he turns traitor.
Ultimately both the sisters Durga and Phoolwa takes their revenge and surrenders to the law with Chacha Karan Singh and lives happily ever after. 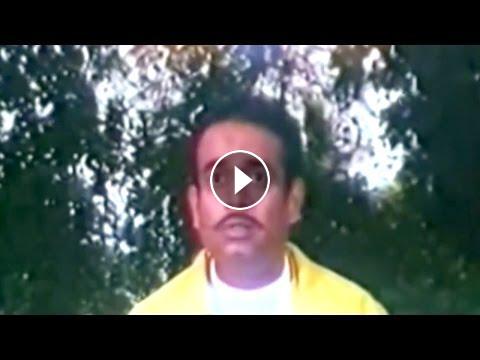 This is story of two sisters a beautiful Phoolwa (Sapna) and dangerous Durga (Durgesh Nandani ) both differs in their principles Durga has become like...