976 Vues
admin
The 2014 Detroit motor show played host to some of the year's best, fastest and most exotic sports cars, supercars and luxury cars. Mark Tisshaw lifts the lid on the show's stars.

The first major auto show of 2014 kicked off in style this week with some of the most eagerly awaited new cars in years. The BMW M3 made its world debut alongside its sister car, the BMW M4. They follow the standard M formula, but will use turbocharged engines for the first time.

Celebrating 50 years of the Ford Mustang, Ford launched an all-new model. It finally adopts independent suspension and will be built in right-hand drive for the first time. Not to be outdone, Chevrolet launched the new Corvette Stingray Z06, the most sophisticated yet, and a potential Toyota Supra successor has been teased -- the Toyota FT1.

Not to be outdone, the Porsche 911 Targa is served up with a heavy does of retro-ness, while the Kia GT4 Stinger is a GT86/BRZ rival that looks like the shot in the arm that Kia needs. Mark Tisshaw hosts the Detroit motor show...

Autocar travels the world to deliver the inside line on the hottest new cars at the biggest and best motor shows.


Visit for the latest news, reviews and analysis 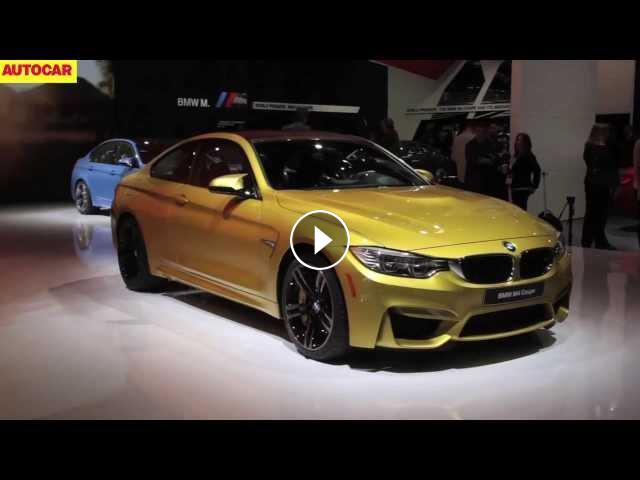 The 2014 Detroit motor show played host to some of the year's best, fastest and most exotic sports cars, supercars and luxury cars. Mark Tisshaw lifts...