He is one of the youngest players in the 2018 roster of the Japan men's national volleyball team and FIVB cup Final. He made his first international performance with the Japanese national team in 2018 FIVB Volleyball

Men's Nations League. In June 2018, he played a pivotal role in securing Japan's first win in 11 years against Italy where he collected 24 points from 21 spikes and 3 aces. In September 2018, in a match against Argentina in 2018 FIVB Volleyball Men's World Championship, Nishida became the youngest player ever to score 30 points in a match. In June 2019, Nishida broke serving records in the VNL history after hitting 7 aces in a single game during a match against Bulgaria.

On April 5th, 2021, Japan Volleyball Association (JVA) announced the Japanese national team roster for this season through the officially website, competing for the all tournaments in 2021 and Nishida was one of the roster.

On May 1st–2nd, JVA hold "Volleyball Japan National Team International Friendly Match-Tokyo Challenge 2021", preparing for 2020 Summer Olympics which be held in July, Nishida was the starting player of two matches. Japanese team beat China with a set count 3-2 and 3-1 respectively.

On May 8–9th, JVA hold "2021 Volleyball Men's National Team Red and White Match", which is a competing between Japanese national team themselves, Nishida had a name in starting player of the red team on 8th.[28][29] In the early of the first set, Nishida got an injury on his right ankle after landed from blocking, he couldn't walk by himself so he got carried out from the court and was taken to the hospital. The head coach of the team said that Nishida had taken a roentgen, the result was he had no fractures and was diagnosed with a sprain on the right ankle. Additionally, they had to consider about the further detailed inspection.

Nishida had the name in the 2021 FIVB Volleyball Men's Nations League Japanese team roster, the competition would hold in Rimini, Italy, although he wasn't fully recovered. He cameback in the third week of the tournament, in the game with Poland, as a substitute. Nishida officially cameback as the starting line-up in the match against Bulgaria, Japanese team won with in a straight set and he was the top scorer of the game.

On June 21, Japan Volleyball Asssociation announced Japanese team roster for 2020 Summer Olympics, Nishida had a name as one of the opposite spikers 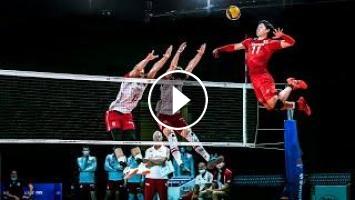