Leal played four years with the Cuban national team, debuting at the 2007 FIVB Volleyball Men's U21 World Championship. In the 2008 World Olympic Qualification Tournament in Düsseldorf that would give a spot at the 2008 Summer Olympics. Cuba did not qualify finishing second to hosts Germany, but Leal was chosen Best Spiker and Server of the championship. His last tournament with Cuba was the 2010 FIVB Volleyball Men's World Championship, where Leal won the silver medal.

Still pursuing his dream of playing in the Olympics, Leal left Cuba in 2010, establishing himself in volleyball potency Brazil, at the city of Belo Horizonte. After two years not playing, Leal signed with local team Sada Cruzeiro. Soon he was a vital part of the team, winning two editions each of the Brazilian Superligas, South American Championships and FIVB Volleyball Men's Club World Championship. Leal started his naturalization process in 2013, and in 2015 he was given the Brazilian nationality. Afterwards he contacted the Fédération Internationale de Volleyball to see how soon he could play for Brazil's national team, as team coach Bernardo Rezende already expressed interest in having Leal in the squad for the 2016 Summer Olympics. 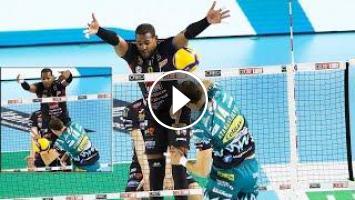