Bal-musette is a style of French music and dance that first became popular in Paris in the 1880s. Auvergnats settled in large numbers in the 5th, 11th, and 12th districts (arrondissements) of Paris during the 19th century, opening cafés and bars where patrons danced the bourrée to the accompaniment of the cabrette (a bellows-blown bagpipe locally called a "musette") and often the vielle à roue (hurdy-gurdy).

Parisian and Italian musicians who played the accordion adopted the style and established themselves in Auvergnat bars especially in the 19th arrondissement.

When Italians began introducing new rhythms like the waltz and polka into the traditional musical form and began playing it on recently introduced hybrid accordion, conflicts arose, and the Italian and Auvergnat styles split. By the end of 19th century, there were three kinds of bals-musette establishments:
• bal des familles - Auvergnat
• bal musette populaire - Italian
• grinch or bal de barrière - seedy hangouts frequented by low-lifes and so-called bohemians.

These places often were frequented by members of the French upper-class looking for excitement among the poor and downtrodden. Some establishments even staged mock police raids for their patrons' benefit. Performers of this era include Antoine Bouscatel, Émile Vacher, Martin Cayla, Charles Péguri, and Gus Viseur.

Musette dance forms arose from people looking for easier, faster and more sensual dance steps, as well as forms that did not require a large hall. "Musette-forms" that established themselves as variations to popular dances of the day include:
• tango-musette
• paso-musette
• valse-musette, with a special variation called la toupie ("the top"), where dancers are very close and turn around themselves very regularly.

Admission to most bals was free, but dancers bought dance tokens at the cash-desk. These tokens were made of metal in various shapes with the name of the hall stamped on one side. In the middle of the dance, the bal director walked between the couples with a bag and the dancers turned-in a token

By 1945, the bal-musette became the most popular style of dance in France and its biggest stars were widely known across the country. Its popularity declined drastically beginning around 1960. A revival of bals has begun, especially in larger cities, and a modern form of the musette is establishing itself.

This french music collection is compiled for your enjoyment by SensualMusic4all.

-----
All music featured on this channel are composed and recorded by me. For commercial use of my music please email your enquiry to [email protected] or visit my official website here: https://sensualmusic8.wixsite.com/original

Music can enlighten all your senses. Enjoy a variety of my original music on my official Youtube channel here which features relaxing videos with contemporary music in free style jazz, smooth jazz, swing jazz, bossa nova jazz and funk fusion jazz genres. Join in for a new release every Thursday on this channel Most experts agree that music affects individuals in different ways. Therefore, explore the many genres of music on this channel and find the music that calms and relaxes you.


* Stay up to date with my latest releases by subscribing to my Youtube channel here: http://www.youtube.com/user/SensualMusic4You?sub_confirmation=1 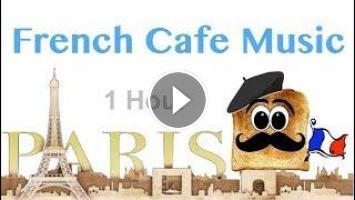