Supercharged V8 plays V12 plays naturally aspirated V8. The Jaguar XKR-S GT is the most potent version of its flagship XK coupe ever, and no more than 50 will ever be built. The Aston Martin V12 Vantage S is the ultimate incarnation of the firm's beautiful Vantage. But are either powerful or delicate enough to unseat our favourite super coupe, the Mercedes C63 AMG Black Series?


Can a supercar beat a superbike? Can a Audi A1 outrun a Nissan GT-R on a wet circuit? Can a Porsche 911 slay a Corvette on the drag strip? Autocar pitches the giants of the performance car world against each other to deliver the all-important verdict.

Visit for the latest news, reviews and analysis 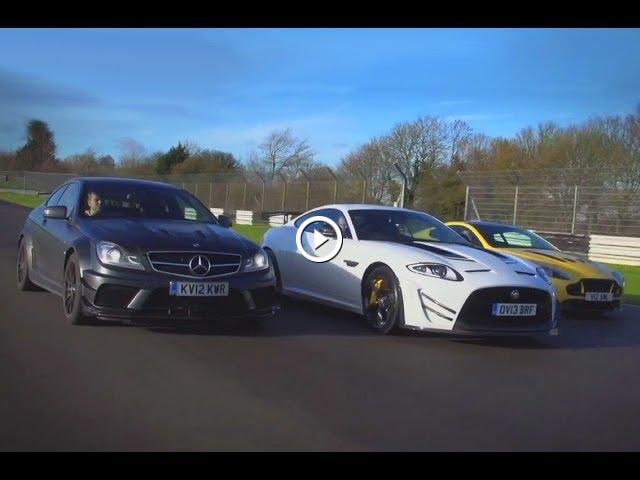