196 Vues
admin
One year on since Autocar broke the news that Aston Martin and Red Bull Racing were collaborating on a road car project, the design of that car, codenamed the AM-RB 001, has been revealed.
The groundbreaking two-seater is the first road car to be created by Red Bull’s chief technical officer Adrian Newey and Aston Martin’s Marek Reichman and David King, design boss and special operations chief respectively.
A high-revving, high-capacity V12 propels the AM-RB 001, which uses clever aerodynamics to generate the same cornering forces as a Formula 1 or Le Mans racing car.
We spoke to Aston bosses about the car ahead of its official reveal at the British car manufacturer’s headquarters.
Would you rather have a Vulcan or the AM-RB 001?
New videos are uploaded to Autocar each week. Don't miss a single one. Subscribe now:
WATCH NEXT:
- Aston Martin Vantage GT8 Revealed:
- Drag Race | USA v Europe v Japan:
- Ferrari GTC4 Lusso Review:
Visit our website at
Autocar, the world's leading motoring magazine and website, delivers industry-leading news, the most in-depth car reviews and opinion from our team of experts. Our presenters include some of the world's top motoring journalists who have unrivalled access to the world's fastest, rarest, most exotic and most exciting cars on some of the world's best roads and race tracks.
Follow AUTOCAR here:
LIKE Autocar on Facebook:
FOLLOW Autocar on Twitter:
FOLLOW Autocar on Instagram:
+1 Autocar on Google+:
Check out our full video catalog:
For car reviews you can trust go to What Car? and subscribe: 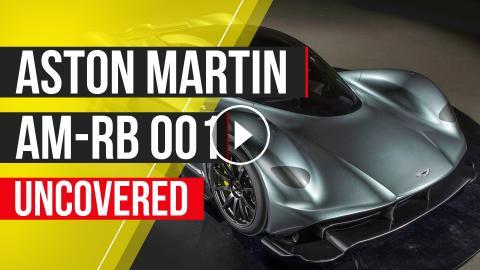 One year on since Autocar broke the news that Aston Martin and Red Bull Racing were collaborating on a road car project, the design of that car, coden...